An encounter with fear

I saw my mom and dad talking to a pastor, we are not Christians so I could not find a reason for a pastor to visit my home and too I am not in the house where I live, it is a house in my native village where I was brought up.  I found hard to speak or shout or move from the place where I was standing few yards away from them.  An unknown emotion which I could not explain, I get Goosebumps even now when I get it that in to my head.  It was strong force which is pulling me towards it.  I was not allowed to move, it made me to stand still.  I could see all the things around me but could not react to anything.  An intense fear arose and my heart beat rapidly increased I could not breathe, I could not shout, every feeling in me got stuck half the way.  I wanted to shout ‘somebody save me’ but I could not do. 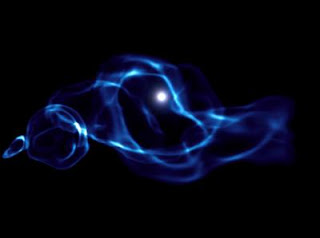 I saw my mom, dad and the priest walk across me and moving out from the home.  In a minute nobody was there in the home, my fear increased, my eyes blurred, my hands started shivering, and my legs started trembling.  I felt I am pulled towards darkness, kind of devil though I could not see.    The feel somebody would get at the last moment of their death, I felt.
The home I was talking about is where I spent my entire childhood, slept, played, enjoyed, read, cried, laughed and did all mischief.  Meanwhile two of my cousins came to this world.  They were very small when I was well grown.  I cared them more than as my brothers.  And the youngest one was very close to my soul.  I cared him like as if I carried him and gave birth.  He loved me more than his father and his mother.  With few family problems I was separated from him.  In my life the happiest days I spent is with him.
And one day he took all my happiness with him to heaven without even telling me that he is leaving.  His voice, his sweetness, the wetness of his kiss, his milky smell, nothing left from my soul, nothing.  And his dead rose body, my tears, his face which I saw for the last time before he was buried, nothing left my brain, nothing.
I stood nearing the death, nearing the darkness in the same home.  Nobody was around and my fear is killing me, my brain went blank,  I tried to move my legs, my hands, my lips hundred times but I could not move then a bit.
I closed my eyes I said ‘Mother’.  I am a devotee of The Mother (Mother Mirra Alfassa) of Pondicherry Sri Arobindo Ashram; I closed my eyes and said ‘Mother’.  I tried hard to move my legs, I succeeded and my vocal-chord helped me to shout my fears.  I didn’t call for help instead I shouted ‘Mother, Mother, Mother…’   with all my energy with all my force I could I tried to move towards the picture of Mother I pasted in the wall few yards away but I could not move my hands and when I see I found it was been tied with a Saree hanging from the roof, something like a cradle we use for babies. I tried and tried and tried to move as much as close to the portrait, shouting ‘Mother…’ and I somehow managed to move very closer to the portrait and everything vanished.  I was released from cradle in which I was tied; I was release from my fear with which my legs and throat were tied.
‘You do not need a portrait or an image, you neither need to touch it; God is in your faith’ a voice said.  I know it the voice I often hear, my guardian angels voice.
I went out from the home and called my dad to know where he is and saw him walking back from somewhere and in other ten minutes my dad and mom was next to me discussing about something which is very unrelated.  I didn’t tell them whatever has happened.
I opened my eyes and sat in my bed.  I understood everything was just a mere dream, a nightmare.  I am supposed to sweat but I didn’t, my heart supposed to beat fast but it didn’t.  Everything was normal and the restlessness I had for three or four days vanished.  All my fear vanished.   I felt free and an euphoric air embraced me.
I closed my eye, sitting, and in my vision I saw my little son – my brother, walking on the road away from me, from my home.  I called him to stop, but again the voices said do not stop him.  You are holding him to go for years together, now let him free.  He belongs to God.  I stopped calling him.
No fear, no restlessness, only love remained.
Posted by sathish at 2:37 PM