Born out of love, humanity, I have everything this universe has in it.  I am everything, the god and the evil, the creator and the annihilator, the man and the women, love and hate, a sadhu and a rapist, an imperialist and communist, an antagonist and a comrade, dagger and the blood, disease and medicine, ailing and the  healing, a beast and the pray, mud and the water, creation and destruction and I am the reason for everything and every things reason is me, I am all in one and the one in all; Aham Brahmasmi.

I can chop the devils among me in to pieces and pieces and pieces with my sword and take out the nerves out from the hand of the one who touches a kid to rape and hang him with same nerves.  I can pierce the fine needles into the eyes of the racist to reach his brain to take out the very cell that made him a racist.  I can take the bones out of the legs which can walk and still steels the happiness of a kid to make him beg. I can tear the one into two, legs apart, the one who crushed a woman in lust. I can take all the sins and can sleep tranquilly in the cross. I am the sin and I am the healing; Aham Brahmasmi. 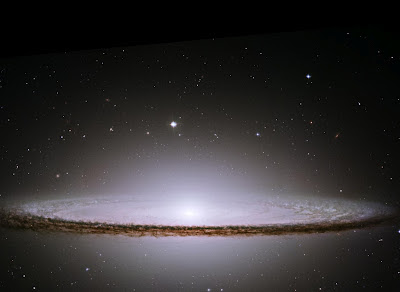 I suffer for love and I am the one who make few suffer for love.  I am the poverty and richness, the money and the food, the giving and the taking, the heart and the beat, the breath and the lungs, the cells and the tissues, depression and the obsession, the motivation and discouragement.   I am the fear, the tear, the longing, the sex, the lust, the gene, womb, fetus, new born, well grown, young, the very old.  I am the birth and I am the death.

I can make the young an old, who made his own old homeless, and make his young to make him homeless.  I can squeeze the intestine of a woman who hates feeding the old of his home and I can protect her when she becomes old.  I can be a walking stick of the elder ones and act as a plastic leg of the one who lost his own.  I can be a trap of man eaters and the law to punish it.

I am the water, the fire, the pyre, the air, the contamination, the pollution, the science, an atheist, a scientist, a theists, the music, the sound, the noise, the voice, the peace, the calamity, the religion, the cast, the creed, the fight, the war, the source, the fuel, the scarcity, the surplus, the intelligence, the foolishness, the countries, the continents, the earth, the world, the space, the light and I am the universe spread out in the space and the space spread out in universe; Aham Brahmasmi

I wage war for land and quake it to eat the man, I am the weapon and I am the destruction of the one who hold it, I grow the humanity and make them drown into the sea.  I am the reason for religion and the blood I spill for my religion.  I am the caste and creed and the separation among myself, I am everything.  I can peel the skin of the one who kills in the name of religion and fights in the name of caste.  Ignorance, I cannot bless, I can kill the ignorant and I am the ignorance.

I am everything you see, the humanity, I hold everything in one place and the one I hold in one place is everywhere.  And what a human is what one provokes. Aham Brahmasmi.