Few a minutes it took to realize for him on what he did the past half hour.  As if the respiratory organs malfunctioning the air tried its best to get in and lungs suffered its best to take oxygen from it to sooth the throbbing heart not just because of what has happened but the because of the wild running towards no where the destination is.
Not a good day to end with but when they sat next to next with no words to talk but with more than the enough love to exchange.  Both of them thought the heart of the other is traveling far in a different direction but they know not that there are no directions in love neither a road to stroll. When a metal crap was ready to transport them they got in with out any unusual disagreement.   She got down in her stop.  Though he heard the voice of her heart asking him to get down; he hesitated as the beats of his throbbing heart was louder than her soul’s voice.

He threw a message in to the air for all the angels in the atmosphere to tell her that he is longing for her, along with a text message from his mobile phone asking if she is safe in train.  Few minutes passed, she didn't show any light on his mobile phone.  He got into his train which physically carries into his place for him to sleep though virtually his soul travels in a different direction which is no different from of where she is.

Subsided the patience, he rang her, she didn't pick.  She shouldn't have noticed, he thought.  Five minutes more passed he disturbed the air with his mobile phone again to reach her, she didn't pick.  The third time, fourth, fifth time, no response.  Slightly his rate of beat started rising.  His train blew horn and started moving, he dialed her number but she failed him again.  He got down from the moving train and started running, for a minute he did not know where he is running.  Little while his brain woke up and asked him, where the hell are you running?   He thought for no second and said, to her.  But where, how, what could have happened, is she is sitting in the station waiting for the train or something else, why the hell she not picking the bloody phone?  How many questions to answer but he has got no time, in a minute he wants to see her, else his heart would become dynamite to burst him in to pieces and pieces.

No time he gave his respiratory organs to inhale or exhale, dipped in the ice cubes of fear slowly his hands and legs went numb.  He ran wild to, a different, near by station to catch the train that takes her to home.  Reaching the station he saw the train in the opposite side, to catch, for which he has to take a foot over bridge.  Skipping how many steps he doesn't know, he ran like a wild beast in fear.  He got into the train and the questions started again, train horned, first place to run and search her in her station and then to the place where she got down from the bus, he decided.  I am not crying, nothing has happened, she is alright, he repeated with gray lines in his lashes.

O! He got is life back.  Got down from the running train sat on the steps of the foot over bridge trying to catch his breathe.  He text-ed her of what has happened to show his angry.

As slow as possible he walked back to his station and got into his train and closed his eyes and leaned back in his seat to go over what has happened in past few minutes.  Breathing as hard as possible to sooth his throbbing heart he wiped his tears from the sides of his eyes, knowing not if it’s happy tears or out of fears.

The phone beeped again, why did you do that?
Because…because I am mad on you, he replied.
Posted by sathish at 11:12 PM 16 comments:

Closer you are to me, freezing the air is to me but the warmth of your love makes me stay alive with the blood frozen.  Like the finger that unconsciously shift the place from one to another to press the key of a piano you play the music of love with my nerves to pull me near to your lips and stop me before I kiss.  Never had I thought the solitude will pierce me into pieces and when I missed you next to me the chill breeze blew me away into to the space like the dust that has stuck on the life’s wall. 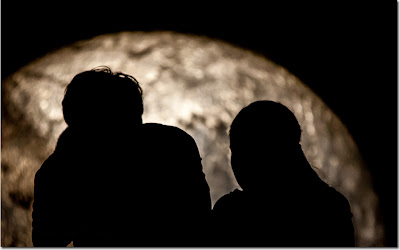 I never melted down with your croon but disappeared in the space where silence is the only language love is the only force of attraction.  You woke me up from the ashes and poured me into the glass of wine and I drowned in love.

When the moon shone and threw the light on you when you walked along with me with fathomless distance of next-to-me-without-a-touch, I realized I am a lunatic, enough crazy to just watch you staying with me.   When your lips spells something unrelated to you and me, your eyes calls me to come near and take you in my arms, scoop you and walk away from this earth to a place where we and we alone could cherish, the place where you seldom wither to hold my hand and walk along.

I am bored of being young; faster, let’s grow old for I want to cherish the joy of being in your warm bosom when the cold winter wind makes me shiver.  You ate all my words and left me with just one word to pronounce – your name.

When I talk whatever I feel you heed it and put me in limbo, did I make any sense or not.  You never speak out that you feel in words but your withering fingers, shivering cheeks, glittering lips and spearing eyes talks a thousand unspoken love in the language of shy. You hide everything behind you skin and blush when I say ‘I am mad about you’.  Like spores that fly and land in another flower your thoughts from, I don’t know where, somewhere dropped in my heart and grown a tree.

The vertical limit for me to reach in love with you is higher than the sky; I could persevere but the horizontal limit which is less than an inch seems to be thousand sky’s distance.   I go wild when I miss you and get mesmerized in a split second when you spell my name.  When I said don’t leave me, though knowing it just for hours is the separation, you stayed with me to come along where ever I take you.