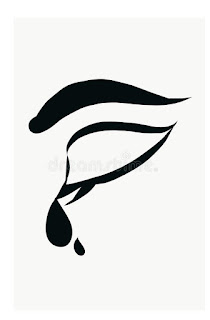 I know not to swim; there is a flash flood in the eyes. A melancholic melody is travelling through my neural ravine to my brain when I write, I stop not the song for the brain remembers the days of the past as same as the song. Water blurs my sight as the song goes deep in to the soul. It is the play of the hippocampus to conjure the years of life in minutes of the song and the music dilates the condensed memories to eyes that witnessed the past. If it is a war with blades and swords, I can shed blood and flesh; why not some parts of the body too! But people are good with words than swords for it’s the only weapon against the brave when they are down in ground with wounds in heart. In the race to gain paper money how many hearts were torn! In the race to gain power how many souls were burnt!

It is not the wound that hurts, not the flesh that was burnt, or not the hand that has cut but the scares. It is when the heart it at its weakest selfish people inject venom in the vain. When you cannot smile is when the snakes show their pangs. It is better to live with the serpents that kill with one strike, the intention is clear, but the almighty potter has slept while making some pots that make much noise in the name of love with a layer of poison inside. You eat in that pot daily, pinch by pinch, only to know that it is not the god that made the pots wrong but the pots drank poison from the place it was sold.

Never once the traitors think the pain of the sufferers; when you live the life of happiness pushing others in to the abyss. When you live in the garden filled with flowers and trees and with your off springs, the one you pushed in to the active volcano dies day by day with his skins burnt, flesh rotten, organs scorched, and the soul tarnished. The heart fumes with rage when the sleep is spoiled by the pangs of the betrayal and soul succumbs whenever a tiny fingers falls in the eyes and small feet kicks the air and sings the song of cry.

May you all, that believe you can comfort in the agony of others, live long. 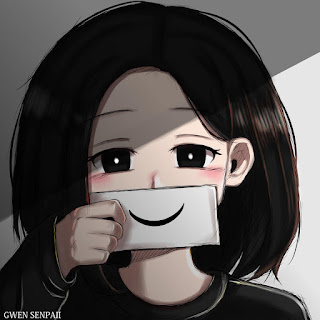 She is growing young again, tiny and childish laughing at all silly small things, smiling at every known face just like she did when she was a school girl. She has become like the one she was when she was in the borderline of the childhood and adolescence, but it was when she was growing up to watch her life and now she doesn’t want to see her life. How true it is that tears vents out all your sorrows because it is for us but the laughter hides all the pangs as it is for others. She was a pretty woman married to a handsome man. And unlike the society, her life was happy with good in-laws in place of her parents. The new relationship, a spouse, was happy with her internal and external beauty. She smiled as a grownup girl in her adulthood, her spouse smiled, and the family smiled and then God smiled - she had a baby boy.

The income was good and got better with the little lucky charm in her hand. She was glowing with the happiness of life with pride. More friends, elusive respect, and God thought what more can I offer her. She was a good home maker, making the home a good place to live. Everybody around her was good. The kid was growing up with the same effulgence as hers. The people are jealous of her life until the day the god who was covering her up from the reality missed the veil from his hands.

Her spouse lost money in millions into his virtual reality. He had shown a charming face in the palace as he was building a grave for her outside. There was another woman in his life, in fact in her life. Greed for more beauty and more life like her, he has gone for another knowing not she was just a mirage. He had a parallel life that which he thought was beautiful than the one he already has. In the trance of flesh he forgot that all that he saved was getting washed away in sewage. Until the day came for him to know he has lost all he had for his entire life. Now all he was left with him was his wife.

She learnt all that was happening to her but it was late as her son has grown up. All that she could do was to scream at the monster husband she loved but that scared her son. She cried all day and night. The money was scarce, the peace was lost, and above all the love has ditched her.

Without turning back at her life she started to work for money. The loans that she got for her husband, the love she showered for him all are due. It was once when his telephone rang and she picked up, a voice that of a witch asked her for her husband. Her broken heart shattered into pieces and when she was collecting her shattered pieces of heart her boy came running to her as his father was crying looking at him.

The next day she woke up, put her boy in the safe hands again, picked her bag, finished her chores, and picked herself with courage and came out of the house with the same smile that once she had in real, now as a veil, to walk to her office near by.

Posted by sathish at 2:35 PM No comments:

…just like I write whatever I feel like writing because it is my space, I saw the twilight had scattered the clouds everywhere and painted the sky with all shades of orange.  The Master – Sun – is going down, and the Moon is already high in the sky.  The other side of the sky was plain with no clouds and with flock of same feathers flying high in the sky.  It all looked harmonious until my eyes reached the horizon where a tallest chimney is contaminating the lungs of our planet.  I was in my terrace. And when I walked to the edge of the terrace a crow flew over my head.  It did seem normal until he took a U turn and aimed its beak to my head.  The crow looked larger than usual; No, nothing paranormal or a crow from Mars. It was a usual crow which looked slightly obese. Then I grabbed a stick from the pile nearby, the crow then decided to scare me but abstained from attacking.  I moved a little away from the sight of the tree I was looking at and the crow stopped its flight.  I then realized he is trying to protect his newly build nest and the eggs in it.  It is better not to scare him, I decided, so I didn’t walk in to its territory which he was protecting.

Holding a new telescope in hand and with an imaginary picture of minute details of the moon in head I looked at the sky.  It took two minutes to find the moon in the sky.  The moon looked bigger but couldn’t see the picture that I had in my mind.  It was a crescent Moon; still I wanted to see the moon with the craters just like the one we see in NASA’s images.  I adjusted the lens, turned the screws and everything possible but nothing has showed me the images I had in my mind.  I am not satisfied with the big image my telescope showed me so I waited for a while for the dusk to take effect.  A star popped up and I tried focusing my telescope on it.  The star looked smaller than that what I saw with my naked eye so I zoomed to the maximum so that it will look like a glowing ball at least.  It didn’t; it all looked like a blurred image of torch light.  Is there something wrong with the telescope!! I sat for a while with frustration and suddenly a thought flashed in my brain – the star I focused is not exactly the star like the Sun we see but was just the light that was travelling for light years after light years to reach us.  The star I wanted to see might have moved from its place or could have died to a dwarf or even absorbed by a black hole.

I turned my focus to the moon again.  It was bright now but as usual nothing more than an enlarged image could I see.  This telescope didn’t show the image in my mind.

The Star, the Moon, the Telescope and I; you see, that is what is life is all about!!