…a small girl was pulling her mother down near to her grabbing her dress some time, holding her neck some time, pulling her shawl some time.  The mother got irritated and shouted at her to hold her mischief till they leave home from that textiles shop.  The girl didn’t listen, continued to drag her down as if she want to tell her mother something and the mother was busy talking to somebody nearby, looking at textiles which others were holding in their hands and shoulders looking at the mirror.  The girl received a slap on her sweet cheeks, small cheeks.  Her eyes turned red, tears slowly walked down her cheeks.  After the slap and looking at her tears the mother bent down to ask her what does she wants.  The little girl with her tears and slightly bruised cheeks grabbed her mother by neck and stamped her lips on her mothers’ cheek.  The mother looked her for a second and all the virtual reality of materials around her vanished and she relinquished herself to the little girl’s kiss, the immortal love, and the immaculate bond. The mother grabbed her child with her arms alike a selfish money hunger man grabbing currency notes with his arms…

…he looked at all this and thought this is how love works.  There is always a mother who hesitate the call of love and the child who never quits until a blow is given and the love is understood.  Few drops of tears should be shed but it is sacred, that makes the childish love an immaculate affection.  Whatever, when the given love is like the love of a kid towards a mother then the one who hesitates will one day grab the love to understand the kid’s heart.  The blow might hurt but the kid never stops showing her love towards a mother if that is the case in the love, then, it is immaculate.

His thoughts kept munching the idea of love, the doubt on its trueness, the skeptical thought of its mere existence till he reached home.

I was childish in love, he thought. Nothing so far he has got other than the pain that love gave as the result of falling in love, nothing so far he has got.  He does not know to act smart, to cheat, to change, and to seduce his love not only because he didn’t believe in it but also he didn’t know. Though expectation of she returning the love he gave her looked foolish since she do not know him, but, the God hasn’t created the hormones to dance that way, his typical design of heart and love is perfect though miserable to understand. 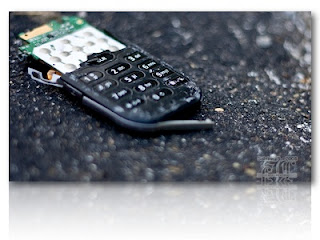 He looked at his mobile phone, slowly pressed down button to browse through the contacts and reached his final destination – her name. And he remembered that he has to run the flash back in his mind to munch the idea of love he had had in his mind.  The flash back ran.  A prose he remembered ‘words might kill’ in fact it kills.

‘Why should I suffer when I have thousand and one way out to change my mind and look out for something else, even, somebody else.  Why should I suffer‘, He thought.  Hard pressing a red button made the mobile screen blank.  He opened the message inbox to browse and found it which he hasn’t deleted since it landed in his mobile.

‘Let me delete it now, let me change my mind, love has no value, no one will respond to love, why should I get depressed for the one who haven’t even cared to look into my eyes once to see that I am her soul mate which she could find in my eyes alike I found in hers’.  Oh! Everything is humbug.  A full stop to all these non sense feeling will make me happy, I want to be happy, she cannot understand my love, let me change my mind, I do not deserve her, let life show me somebody else who I deserve’ He said to himself and threw the mobile phone in the dark midnight, in the hall where he was lying.

He laid his head on the pillow to rest, to sleep.  ‘I now have thrown everything out of my mind, I am free, I am not goanna count back the happenings, let her be in her own way and me in mine.  Thanks for the lesson you taught my love’ he thought and… and he slept.

The phone rang, he picked and it was her voice, the voice which he wanted to hear for his life.  She said ‘hello’ and he opened his eyes to see nothing has changed, it is just a dream.  His heart pondered, he searched something in that dark all around the floor, his mobile phone which he threw.  It should not have broken, he believed.  After few minutes, he found separated battery and mobile phone and its panel cover.  He reassembled it with a prayer that it should work.  A bright beam of light woke up from the mobile to tell him that it is still alive.

He opened the message inbox and found the two text message she has sent knowing without that it is to him to whom she replied; ‘who is this’ in two different modulation.  He pressed it on his eyes, lied down in bed again.  ‘Love exist, I expect not her to love me back still she will stay with me in my heart’  he thought closing his eyes placing the mobile phone over his chest and… and he slept.