It ran in a ravine which is very narrow, faster than light, furious than a panther.  The ravine was totally empty, filled with emptiness; the one which sped in it has no name and no color, no odor.  The ravine twisted, twirled. Its speed doubled abnormally and the tissues sticking the ravine vibrated.  It started from the convexity which absorbed the beauty which made that nameless, odorless thing to speed in that empty ravine.  In half a second it reached its destination; a place reason for everything, a place which knows everything, a place with holds all the past, present and images of the future – the devil is in the detail. 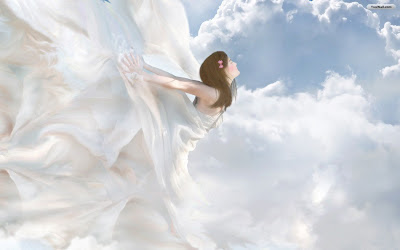 The next half second I was at the cliff of a tallest mountain peak, which is fathomless below.  I slowly moved towards the edge, slowly alike a snail.  One step more I will measure the fathomless.  I want to step that one-foot-more to fall and fall into the dumps, to never come up, to break every part of my mortal body, to stop the shape-of-the-difficulty which pumps the red water all over the body carrying the air which I inhaled in the name of God, in the name of love.  I didn’t moved, but all my veins, all my nerves – the ravine – had taken that step forward and virtually everything had fallen into the abyss during which they plucked my shape-of-the-difficulty – my heart – along with them to throw it into the abyss.

All these will never take more than a second.  An unknown ruthless beauty which spares me not, with a mesmerizing fragrance which nostrils seldom feel, nerves seldom conducts to the brain, but heart slips a beat for it.
Deep in the abyss, heart – the shape-of-difficulty – still beats and slips one beat in-between for an immortal beauty, the love.   Abyss was not filled with animosity; it is a trance world where I am immigrated to, to see my angel holding my hand and fly in the romantic air, where there is nothing called pain, nothing called sorrow, nothing called sin but crush is goodness, lust is godliness, kiss is the door-knock to this trance world.

In another one second something rolled me into a ball and thrown me out of that abyss which I never want to come out, I was traveling at the speed of light which should thrash me into pieces but didn’t because in trance world it is the lowest speed I travel. I was back thrashing this mortal world.

All this, everything, happened in one second, a trance second before I realized what is happening with me – she walked crossing me.
Posted by sathish at 5:11 PM